Analog Guy in the Digital Realm. 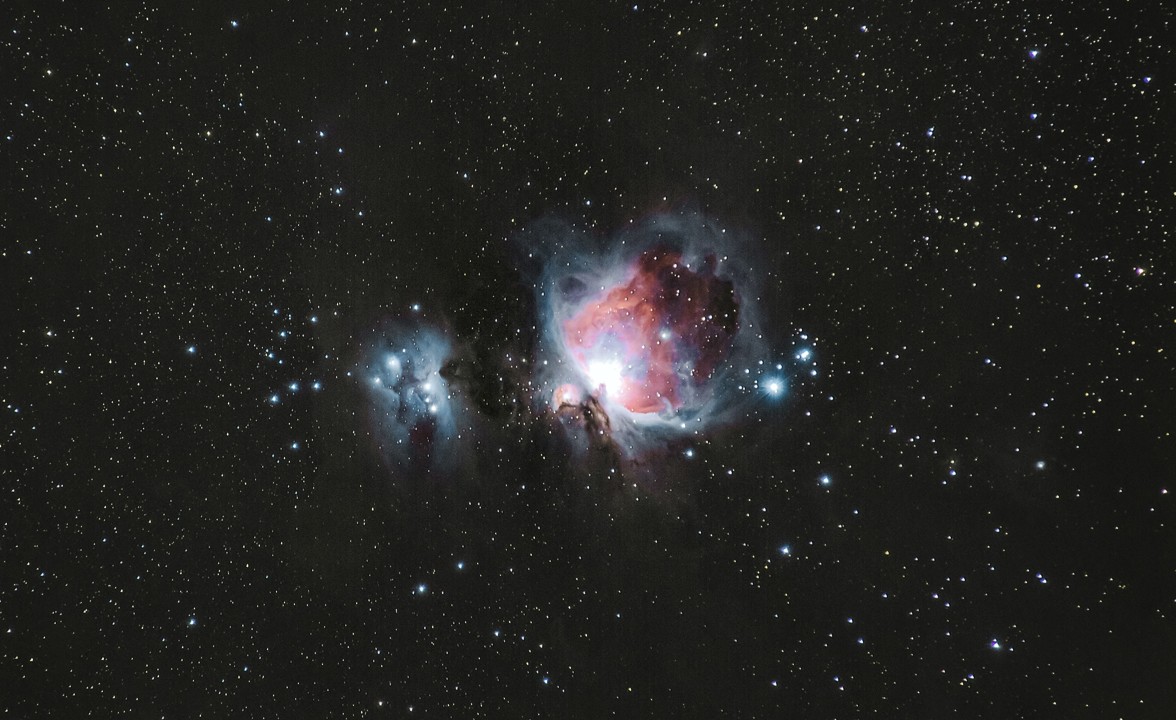 How the New World of Work is Innovating through Representation

The following was written in 2014 for Ricoh. The subject matter back then was the 'new way of work' on their WorkIntelligent.ly site. Some of the content is dated but shows the way to an untethered work environment.
Nobody expected remote work to take hold for decades. Nobody predicted the impact of the global fear of Covid19.
Yet here we are.
Please enjoy the view from eight years past.
What do you think?
When the American colonists rejected the rule of monarchy, much of the world considered... 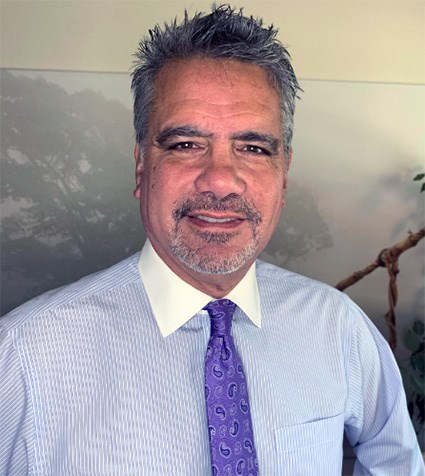 Our 4 Questions series turns to industry consultant for the good word on MPS
The concept of managed print services (MPS) has meant a lot of different things to a lot of different people over the years, by definition and in revenue. Is it just about A4? Auto-replenishing of supplies? How deep and wide can it go? MPS has evolved to be anything a dealer wants it to be, for lack of a better way of putting it. It’s elastic, flexible. One thing we can all agree on, though, is that taking a consulta...

"We needed to upgrade our website and now it's awesome! "
“"...business acumen is the new strategic selling...”
Greg has a keen awareness of business challenges and how to address them ..." 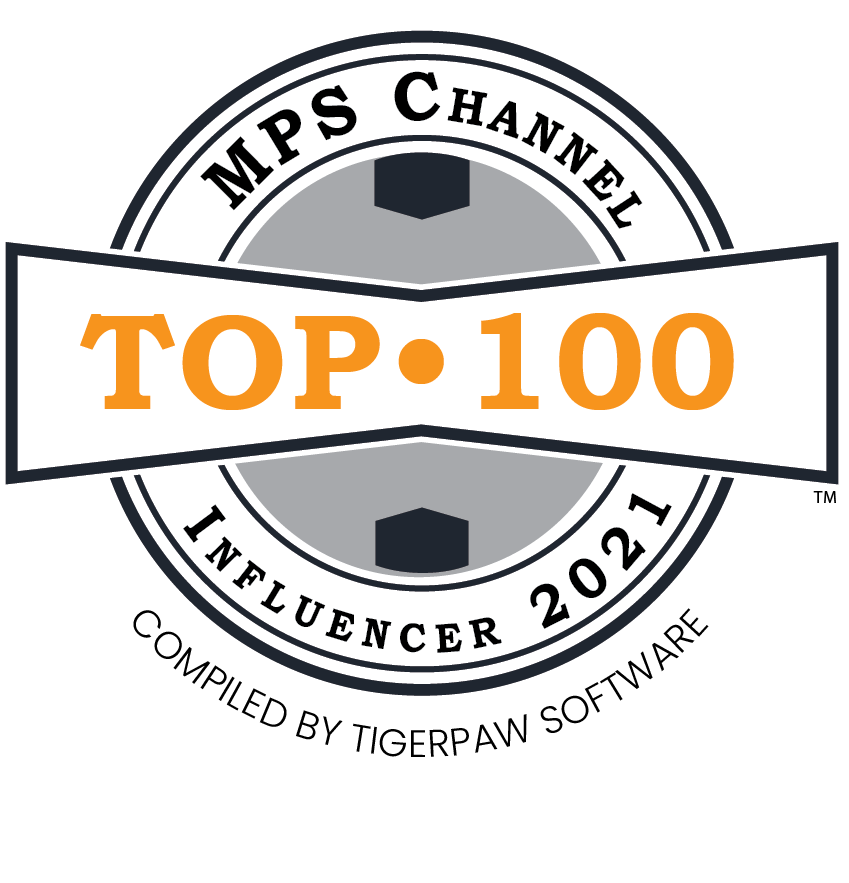 The Office Equipment channel and those who provide Managed Print Services are on the verge of an exciting, yet challenging transformation. Digital workflows, the move to remote work, and escalating competition mean businesses need to do something different to continue growing. Thought leadership, collaboration, and toolset innovation have never been more important. With that in mind, Tigerpaw Software is proud to present the Top 100 MPS Influencers of the office equipment channel.
Unlike some... 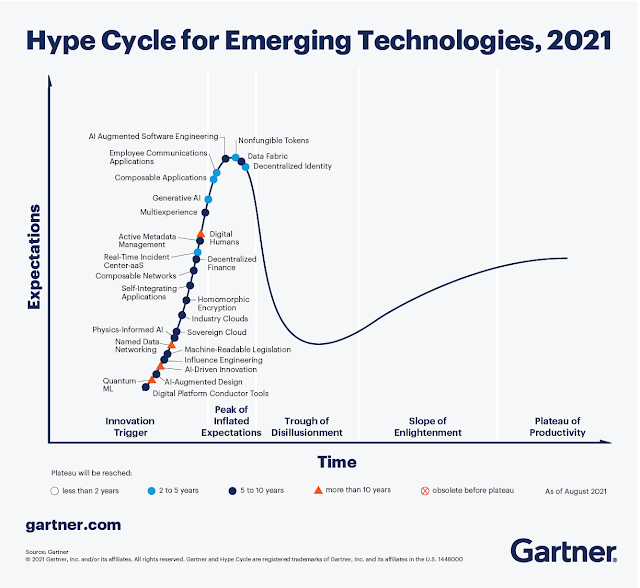 Maybe We Shouldn't Get Into Managed IT Services

I'm beginning to think the road to #digitalTransformation, for #TheImagingChannel, doesn't require stepping into the managed (IT) services niche.
Maybe we've been looking at and been told the wrong thing by well-meaning yet misguided know-it-alls. (me included).
I know, I know, compared to #copiers, firewalls and anti-virus are #seductive.
Wouldn't it be easier to deliver, and install coffee machines connected to the IoT? Or design and implement an IoT Connectivity Policy? Or how about lookin... 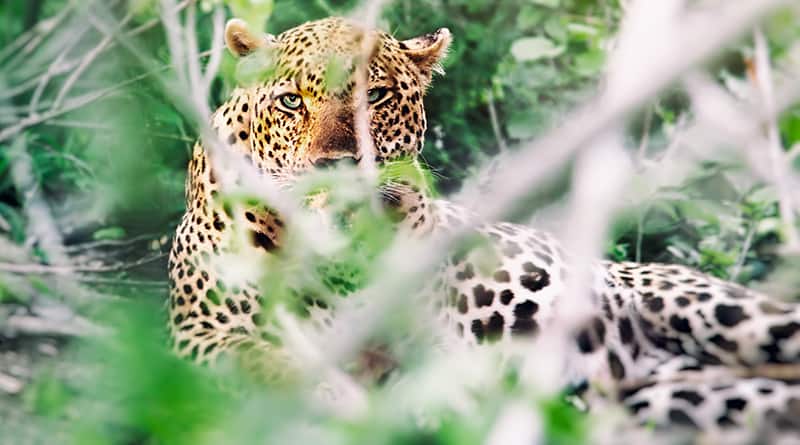 I’m departing from my standard “New to Copier Sales” column to write about something near and dear to my heart – managed print services. I know what you’re thinking: “MPS is near and dear to you? What a nerd.”
Yeah, I get it, but hear me out.
I was part of what I call the second iteration of managed print services (MPS) back in 2006-ish when I was part of a team building an MPS practice inside a value-added reseller (VAR). The principal argument for MPS was to “reduce the costs associated wit... 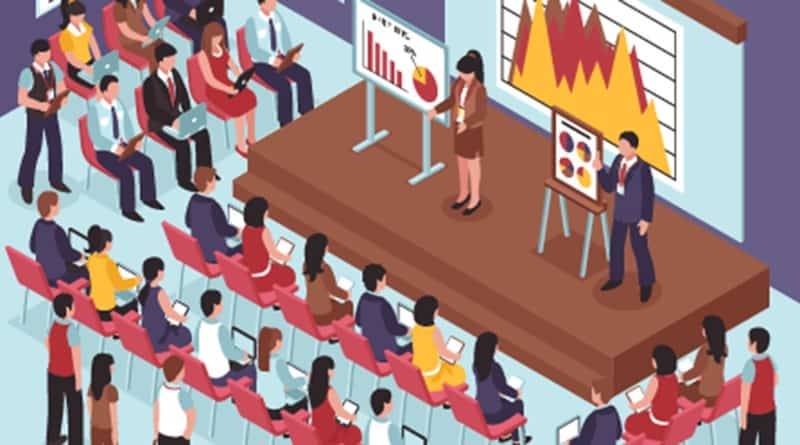 New to Copier Sales: How to Use Your Sales Training

Everyone’s gone through sales training. As a new copier rep, you’re going to be trained in the ways of selling, according to your new employer.
To be certain, there are thousands of sales training classes, courses, programs and coaches in the ecosystem. Selling has been happening since the dawn of time and people have been teaching others how to sell for just as long. There is no lack of generic and professional selling curriculum – some may argue there is too much.
Your employer’s sales trai... 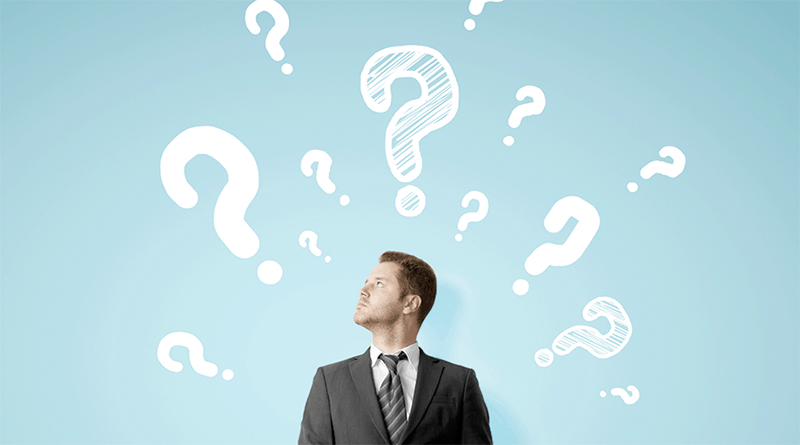 New to Copier Sales: Ask More From Your Prospects

In your new world of copiers, training is a big component of the ecosystem — so big it’s like drinking from a fire hydrant. By now you’ve probably come to understand that most of life’s challenges will not be solved with algebra or understanding inheritance and polymorphism — learning how to learn is the best lesson. So it is now with your new copier position. You may be deft at taking notes, creating flashcards and memorizing basic facts, but I’ve got to tell you, not one prospect is going t... 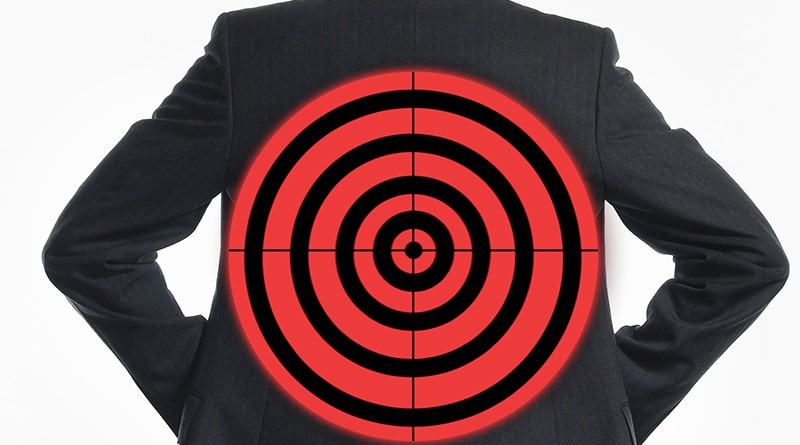 New to Copier Sales: What Have You Gotten Yourself Into?

The following content is intended for new copier representatives. But if you’ve been around the copier block a couple of times, participated in demo-ramas and are considered a seasoned selling professional, I implore you to read and comment. Not for my edification – you owe it to the industry to help fix the future and advise the next generation. So let them know what’s up, the good, the bad and the ugly.
So you’re new to selling. Welcome to the greatest show on Earth where all the clichés ap... 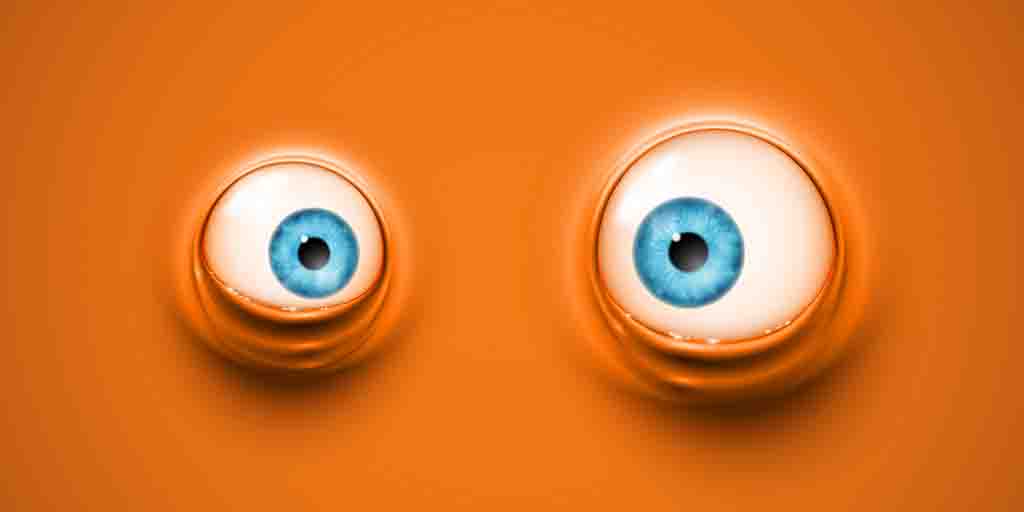 New to Copier Sales? What Are You, Nuts?

by Greg Walters
“When I grow up, I want to sell copiers and printers,” said nobody, ever.
“If two years ago you told me I would be selling copiers, I would have slugged you in the head,” said new reps everywhere.
An aunt to her nephew over Thanksgiving dinner: “What do you do for a living now that you’ve graduated, Johnny?”
“I help companies manage and reduce the costs associated with documents!”
“Oh. You sell copiers. That’s nice. Could you pass the potatoes?”
For those of you who have been ... 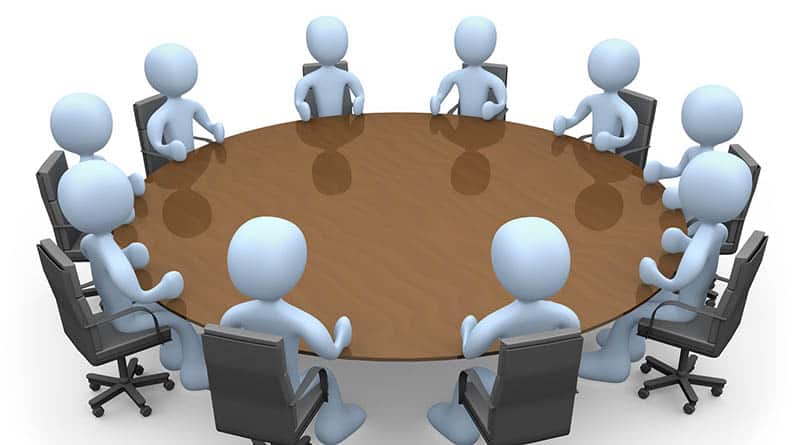 New to Copier Sales: How to Conduct a Meeting

If there is one constant in the copier world, it is the long, unending string of meetings you’ll attend, plan and conduct.
More than once I’ve heard it said: “If our company could sell meetings, we’d never run out.”
As experienced as we all are with attending and conducting meetings, it amazes me how often customer-facing get-togethers are unguided and formless.
I’m not sure why more time isn’t given to instruction on basic meeting structure and etiquette.
As a new copier rep, you’re expected... 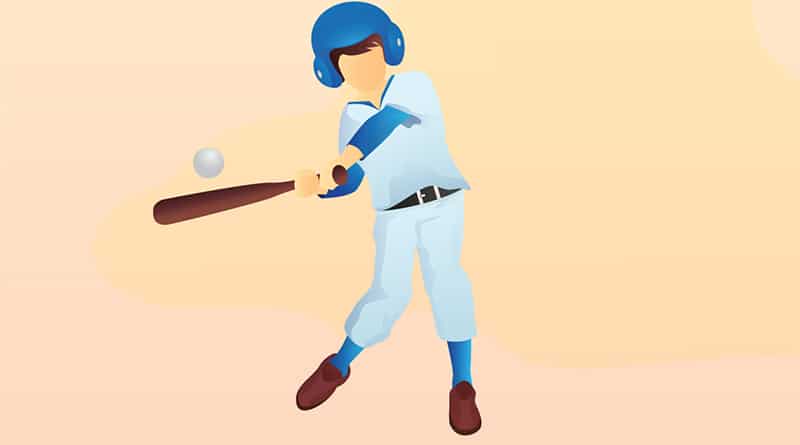 New to Copier Sales: How to Sell Solutions

What, exactly is a solution? According to Merriam-Webster, it is “an action or process of solving a problem” Sounds simple, doesn’t it?
In the land of copier sales, duplexing (the ability to place images on both sides of a sheet of paper) was once considered a solution. Indeed, the times were much simpler.
Today, the phrase “solution selling” is as old as the hills — some say obsolete. But as with most opinions, it depends on who you ask and how you define solutions. Solutions are less about ... 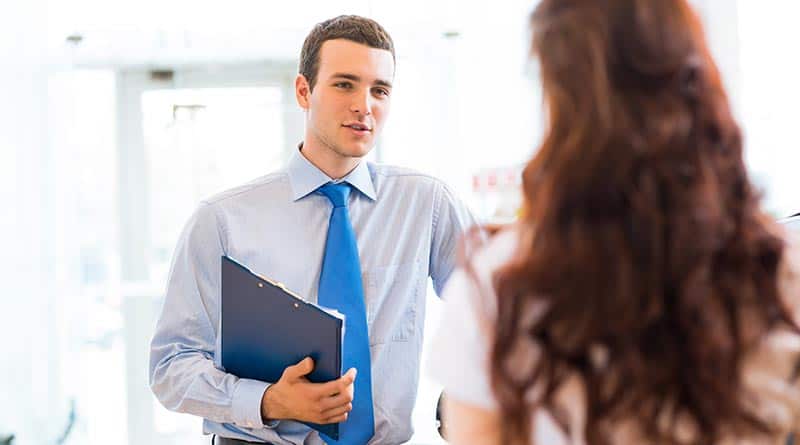 New to Copier Sales: How to Talk with Prospects

The first year of appointments presents many challenges to the new copier rep, not the least of which is building knowledge and confidence. There are many aspects of sales to remember when meeting prospects for the first time, including building rapport, qualifying, informing, establishing trust and moving to the next step. But beyond all the sales techniques and training, when you’re meeting across a desk, coffee table or board room the best thing you can do is have a conversation. A simple,... 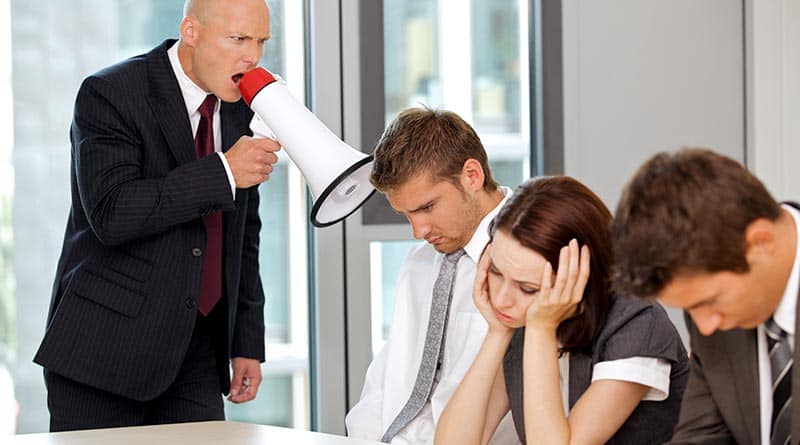 New to Copier Sales: You’re Not the Boss of Me

Over the years, I have worked with dozens of sales managers. Unfortunately, I can only count two who possessed a skillset above and beyond that of a typical manager. The terrible managers shared a plethora of common traits — boorish, disengaged, privileged, etc. But the best managers also shared characteristics and habits:
They didn’t perform the salesperson’s job — like filling out paperwork — when it would have been more expedient to do so.
They knew how to play office politics to the benef... 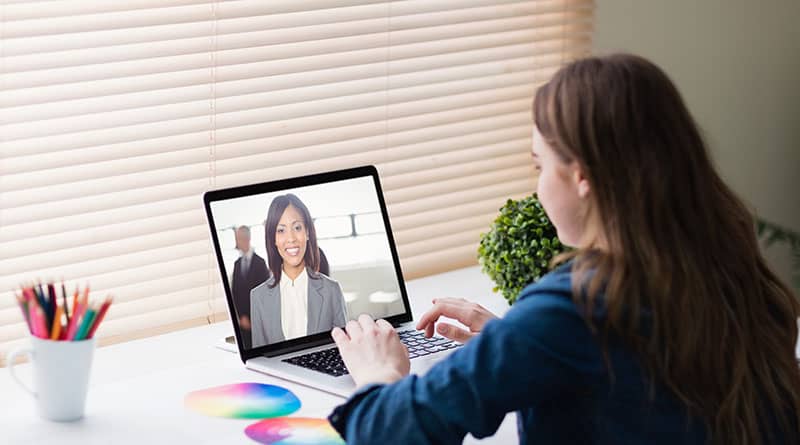 I’ve been saying for almost 12 months that virtual selling and remote work is the wave of the future. I’ve also predicted that few people will go back to the office to work — which as you know will greatly affect your ability to sell copiers.
Well, ladies and gentlemen, I’m prepared to say that I was wrong with my prediction on how few people will come back to the office because some major corporations have announced a back-to–the-office policy. Companies like Bank of America, Wells Fargo and...